Choose a destination to get started

Or make a Quick Enquiry

When it comes to hen parties, Glasgow has a proud reputation as an âanything goesâ hen destination. Glasgow is Scotlandâs largest city and consistently ranks in the top 5 friendliest cities in the UK. This is no fluke, as Glasgwegians are very well known for their self-deprecating humour, their love of a good âswallyâ (Scottish slang for drinking alcohol), and their decades-old tradition of constantly replacing a traffic cone on the head of the statue of the Duke of Wellington every time the council removes it.

Friendliness, beer and statues aside, Glasgow is famous for being the resting place of St Valentine (your move, Paris), the birthplace of the tikka masala, and owner of the largest civic art collection in Europe. Regardless of your interests, you will find something in Glasgow to tickle your fancy (now, nowâ¦) and keep your hen party fully occupied for the duration of your stay. It didnât earn the nickname âGlasvegasâ for nothing.

Glasgow is a continually evolving city.  So much so that it can be difficult for locals to keep up with its change of pace. Thereâs always a new trendy bar, nightclub, music venue, or hotel being opened, and the brand new fit seamlessly in with the old and traditional aspects of the city. As a hen destination, it offers a fresh new experience every time.

Glasgow is home to one of the oldest universities in the UK, so cheap eats and drinks are easy to come by and students are very well catered for.  At the same time, it has a large number of exclusive hotels, cocktails bars and swanky venues where youâll generally find a famous Scottish face or two propping up the bar at the weekend.

The game to play here is âSpot the Scotâ with free drinks for anyone who can identify the nationâs well-kent (best known) faces. Extra points are awarded if you can get a selfie. Itâs Glasgow, everyoneâs friendly, so donât be shy! Even Andy Murray has been spotted smiling on a visit to the ultra-exclusive One Devonshire Gardens.

How to get to Glasgow

Glasgow has two large central rail hubs for all your hen party needs. Rather fittingly, one is actually called Glasgow Central. The other is Glasgow Queen Street. This means Glasgow is extremely well connected to the majority of the UK.

Buses are frequent to all parts of Glasgow, and thereâs a cute wee underground system of just 15 stations, running 10km between the city centre and the fashionable West End.

Parking comes at a premium but there are many multi-storey parks which will allow you to leave vehicles overnight in exchange for your firstborn child.

By train: Thereâs a direct train from London to Glasgow, talking between 4.5 and 5.5 hours. If HS2 is ever completed, journey times could be cut by up to a whole hour… This is dependent on how many leaves are on the line, obviously.

By bike (?) According to Google Maps, you can also cycle between the two cities in a mere 39 hours. Now, thatâs a hen weekend you wouldnât forget in a hurry, even if itâs just due to saddle sores. Yeeshâ¦

Trains arrive frequently between the capital and Glasgow to both Central and Queen Street stations and take around one hour.  Buses are also frequent and take around 1hr 30 minutes.

Frequent short flights are available through FlyBe and Easyjet from Cardiff to Glasgow International.  From here, itâs a mile to Paisleyâs Gilmour Street Station, which provides a direct link to the city centre.

Frequent rail services run from the Welsh capital and generally require a change at Crewe and/or Stirling. Average times are anything between 8.5 to 10.5 hours, so make sure youâre wearing your comfy pants.

A bus trip averages around 12 hours and will deposit your hen party at Buchanan Street Station, a short walk (stagger?) from the action in the city centre.

A mere hop, sail, skip and a jump separates Belfast from Glasgow. Clearly, there are no direct buses. Also, swimming is not advised if youâve had a drink or have eaten up to an hour before, or our Mum says.

Easyjet and Flybe offer daily flights between the cities, and ferries across the Irish sea between the ports of Belfast and Cairnryarn sail frequently, with coaches available to take you onwards to Glasgow.

As a city of students, thereâs a good number of hostels and budget hotels. If youâre looking for high-end luxury for your hen party, the city centre and the outskirts have many 5 star, exclusive country manors and modern hotels. Self-catering apartments have boomed since the rise of Airbnb and offer up a mix of riverside penthouse suites and quiet suburban escapes.

Lovers of architecture will feel at home among the many Charles Rennie Macintosh designed buildings dotted around his home city. The most famous of these sits on Sauchiehall Street. The Willow Tea Rooms offers a majestic afternoon tea, served on Rennie Macintosh designed furniture and a top floor of one of Scotlandâs most famous streets. Did we mention it also has a bar? Nothing screams âclassy hen doâ like drinking Champagne and eating crustless salmon sandwiches in the comfort of an actual Rennie Mac chair. Your mother in law will love you forever.

Hen weekend culture-vultures can go mental in one of Glasgowâs 20 free museums. Kelvingrove Gallery is the most visited in Scotland and is home to works by Dali, Monet and Van Gogh. It may not surprise you to hear that it also has a bar.  Glaswegians know all too well that getting a dose of culture can be pretty thirsty work. And let’s face it, when has an afternoon of mixing watercolours and woo-woos *ever* been a bad idea? Kelvingrove Cafe is famous for being one of the most exclusive bars in Glasgow. A hen night visit is practically the law there. Interestingly, Kelvingrove sits directly across the road from BrewDog, a wildly popular craft beer bar owned by Scotland’s largest independent brewery. Is it fate? Yes. Should your hen party hit up both venues? Also yes. .

If your hen party ladies want something a little more exciting, you might want to kick off your hen weekend by powerboating up the Clyde. Not only will the activity set your heart racing, itâs also a fantastic way to see the city and our famous Squinty Bridge from the water. You can even wave at the BBC Scotland studios on your way past and see if you canât get yourself in the background of the Six OâClock News.

Set in the ultra-trendy Finnieston neighbourhood, the top floor Red Sky Bar offers up views of the iconic symbol of Glasgow, the Finnieston Crane. The bar is located next to the fabulous Sir Chris Hoy Velodrome, which looks sensational when lit up in its multicoloured lights each night. The bar, with its sleek interior and great wine and spirits list, is a classy venue for a few cocktails on your hen night.

A night at Revolution is a pretty unforgettable experience – regardless of how many margaritas you put away. It has a reputation across the city as a sometimes wild but never boring place to hang out. Thereâs always something interesting happening at Revolution, from hip new DJs to cannons filled with confetti. The bar is a hen party magnet.

Fancy some nude life drawing? We knew thatâd get your attention. If you and your hen party are artistic, you can indulge in a little nude drawing in the heart of Glasgow. The activity comes with a specially selected naked local (a really buff Ewan McGregor-type) for you to study intently. And to draw, obviously. Booking includes a glass or two of bubbly to get the juices flowing. Creatively speaking, we mean. Honestly, get your mind out of the gutter.

The uber popular Six by Nico  restaurant has two locations in Glasgow; one in the centre of the city and the other in the Southside. Itâs very well known for its themed menus, which it rotates every six weeks. âThe Chippyâ menu is its Scottish themed taster and features famous national favourites like fish and chips and the infamous deep fried Mars Bar. Six by Nico is a great place to celebrate your hen do and prices are pretty reasonable across the board.

As we mentioned earlier, Glasgow is the birthplace of the tikka masala and the Shish Mahal restaurant is where the magic happened (and keeps happening). The popular curry house has been home to the original tikka masala since the 1970s and itâs still going strong today.  Hen nights go hand in hand with curries, so itâs the perfect combination.

Some of the best Thai food in the city is served up at the oasis-themed Tiki Bar. and Kitsch Inn. The menu is varied and prices are cheap. The Oodles of Noodles selection serves up the best Pad Thai this side of Bangkok. And the cocktail menu? Buckle up, hen weekend ladies…itâs a rum extravaganza. Side note: try the Glasvegas Kiss. Itâs rude not to.

Glasgow once had a reputation as a city of hard men, which could be a good thing, depending on how you choose to interpret the term. The city has a long history of shipbuilding and an even longer history of partying, watching football, and speaking in accents that even other Scots sometimes have difficulty translating.

The most endearing thing about Glasgow, however, is its people. The cityâs slogan is âPeople Make Glasgowâ and itâs entirely true. Strangers rarely stay that way for long and itâs very rare to leave without having made a few new friends. For hen weekends, itâs just perfect.

How To Plan An Incredible Hen Party Abroad 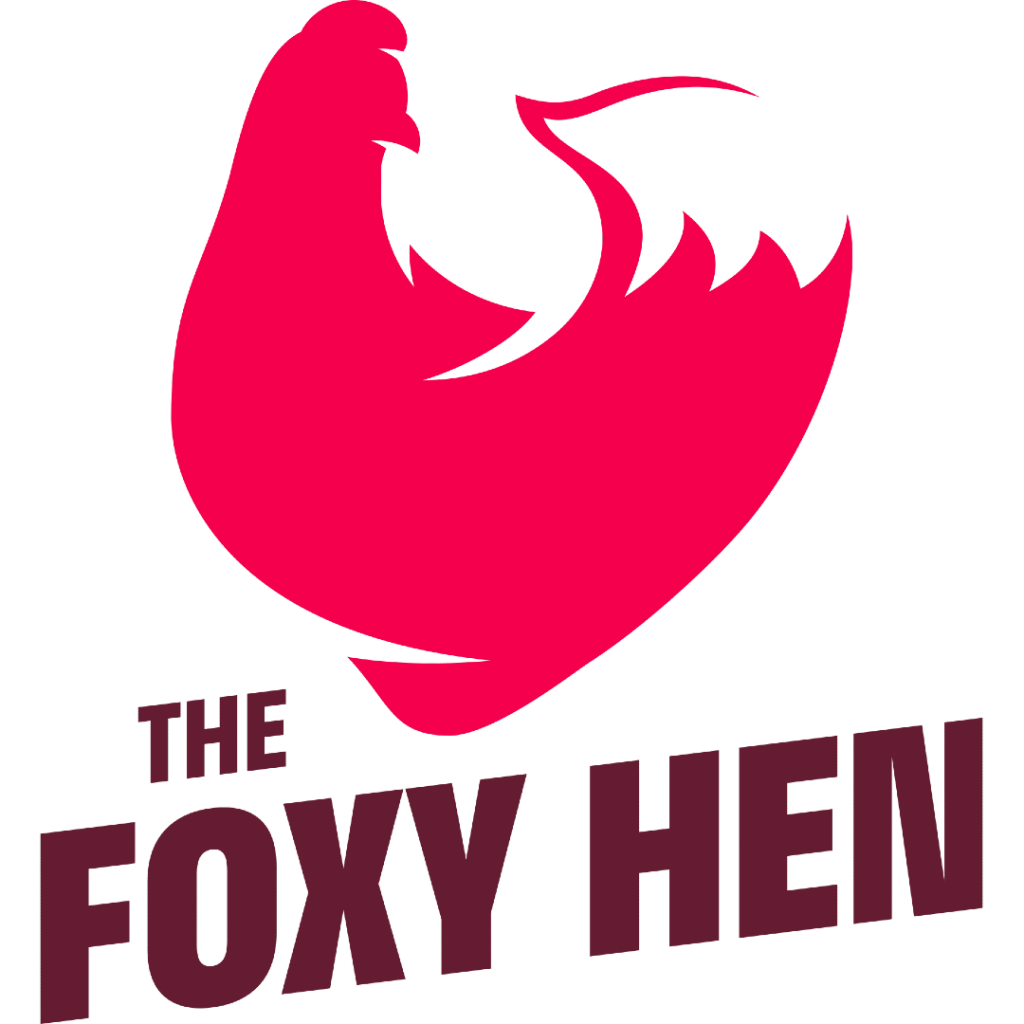 Let's get the party started! What kind of hen party would you like and where?

Or submit a quick enquiry if you want to discuss options.